Are you intrigued by the foil? We explain how it works and how we design them.

More and more novices or board sports enthusiasts are getting into it! Foil has many advantages. In order to understand the different aspects and the functioning of a foil, we are going through this article to define the terms used to draw a foil. We will then discuss the notions of balance and finally study the different factors that influence the design of a foil. You wish to discover right away our foils products, it’s here.

In order to understand the foil mechanism, let's define a few terms

A foil is defined by its wingspan. The shape seen from the front, the rounded shape downwards, is anhedral, upwards it would be euhedral. The span of a front wing has an influence on the performance and functioning of a foil. We are also talking about section, and chord, which is a section of the foil. 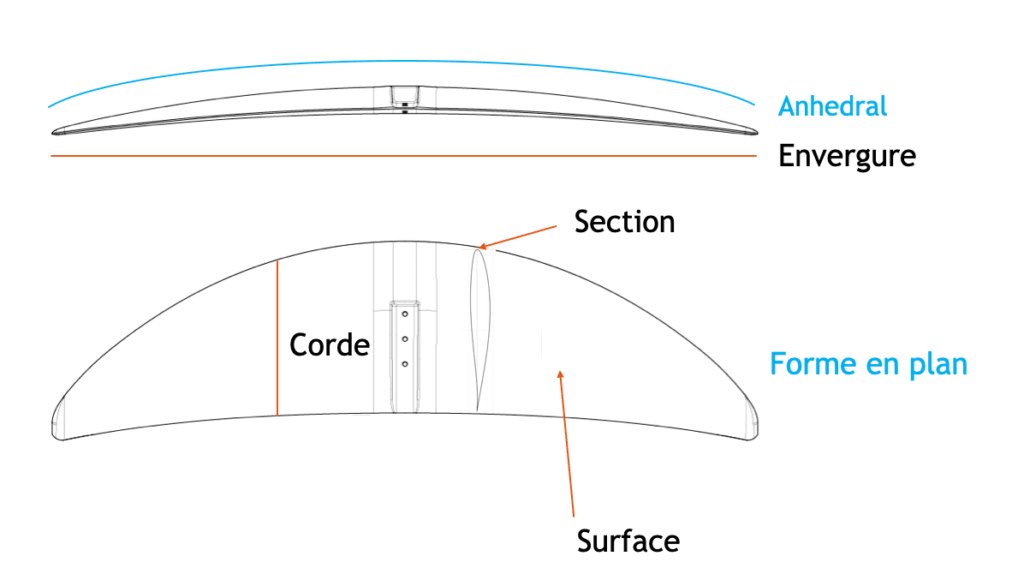 We also often talk aboutelongation or Aspect Ratio (AR), when talking about wings or foils. It’s a relationship between wingspan and surface area.

This elongation has an impact on the speed performance in terms of drag and lift and therefore on the functioning of the foil. 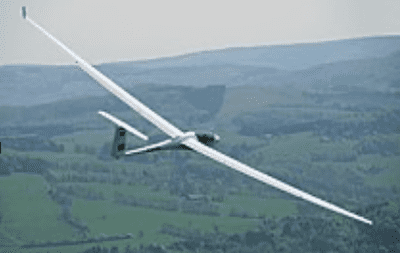 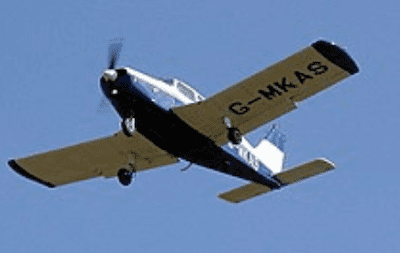 The lift of a foil

Let’s start with this mathematical formula. This is the basis for understanding how a foil works. We have the surface, which is an important parameter, the speed, ρ is the density of the water in our case. In the air, for aircraft, it’s the density of the air. We have a coefficient CL which is often due to the shape of the section and other parameters. This formula, let’s say magic, a bit basic, allows to calculate the lift of a wing or a foil.

The lift is therefore dependent on speed squared, area and two other coefficients.

The wings are in fluid, and the faster you go, the more lift. But also the more you increase the angle, the so-called angle of attack, the more lift is created. On the upper part of the wing, we have a depression that creates, and on the lower part an overpressure. This difference between the two creates lift. So the more you increase the angle of attack, this is the angle that the wing or section takes, the more the lift increases, the more you have, in fact, a difference between pressure and depression and this is what creates the force. And as the strength increases, so does the drag. 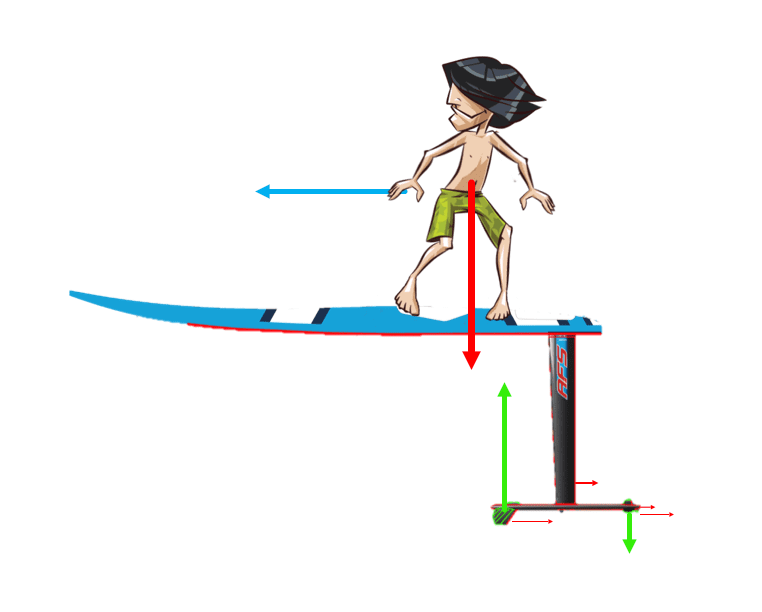 How does a foil work?

So we have the front wing, the rear wing, the fuselage and the mast. How does it all balance out, how does it work?

To lift our weight with what we have seen before we need to have a certain speed, a certain area and a certain angle in our foil. We have a propulsive force which, depending on the support we use, sail or paddle, gives us speed. If we reach sufficient speed, we’ll take off.

However, it is then necessary to balance. That’s why on a foil we have a wing and a stabilizer. If we did not have a stabilizer we would have a movement where the board would tend to fall, say to have the nose falling in the water. The front wing really has the role of lift and the rear wing has the opposite role of the front wing. That’s how a foil works.

A foil is like a plane, there is a wing and a stabilizer at the back. But in the case of an airplane, the mechanical control is played on moving parts that will keep the flight balance. In the case of WINDFOIL, SUP FOIL, or WING FOIL, we have no moving parts. The only parameters we can play with are the propulsive force and the position of our weight.

When we don’t go very fast, we have to give more angle of attack to generate the same weight. And the faster we go, the less angle we need to generate that weight.

How do you set your foil?

Each brand has its own specific settings. This can be done via the rake, the holds,… All AFS foils are delivered plug and play. Just mount the foil on your board and go riding. According to your evolution, you will be able to optimize your adjustments thanks to the shims. These wedges will solve the nose up or nose down problems of your board but especially to be able to ‘kick’ or ‘bracker’ your stabilizer. We explain this in detail in this article.

Invoices for the design of a foil for a smooth operation

When you draw a foil, you think about the takeoff speed. The factors in the design that mainly determine this take-off speed are the size of the wings and the drag of the foil. Another important criterion is the longitudinal stability which depends on the position of the surfer or windsurfer, the position of the wing and the stabilizer, the wing surface, and a last parameter, the length of the fuselage. So we have to play with these parameters and that is what gives us our stability criterion.

If we want to make a very stable foil, we will have a longer fuselage with a stronger stabilizer, for example.

For the design factor of maximum speed, we will go for minimum drag and a smaller wing and stabilizer surface. In this case, we gain in maximum speed but we will lose take-off speed. That means our takeoff speed will be delayed.

The bigger the wing, the more we’re going to cap in high speeds. We still have that famous balance between take-off and top speed. The drawing of a foil is a cursor that is placed, depending on each person, morphology and practice. That’s the complexity of how a foil works =).

The length of the fuselage implies notions of balance. Backing the stabilizer away from the front wing will bring stability. We also have more powerful foils. In fact, you create moment at the back and therefore you have to have foils where you have to press a lot more and which can saturate in speed. However the disadvantage is also that as it is much more powerful, it is more difficult to hold after certain paces.

This is the main difference between the fuselages of WINDFOIL and WING FOIL, SUP FOIL, SURF FOIL. In the first case, we’re going to look for stability and therefore a longer fuselage. In the second case, we’ll go for maneuverability.

The foil in the world of gliding arrived via windsurfing with the windfoil. AFS was one of the pioneer brands in this field, bringing out the first foils for the general public to fly a windsurfing board and to make people discover new sensations.

For some time now, the foil has been democratized in board sports. We are starting to see more and more surf foils in the water. One of the pioneers in this field is Laird Hamilton taking on the biggest waves in the world.

Like many of the great sailors in the Vendée Globe, more and more people are also taking up wing foiling, which is a rapidly developing practice. After a passive in kitesurfing, windsurfing or completely new in the field, this sport seduces by its simplicity of implementation and its accessibility. Often complementary because on the same type of foil and board, don’t hesitate also to launch yourself in the sup foil!

Finally, a simple way to make those first steps in the world of foil, is the wake foil. Towed behind a boat, you can experience your first flights.

Would you like to go into more detail about how a foil works? Do not hesitate to watch this webinar with Marc Menec, R&D engineer and Antonin Poirier, product engineer at Foil&Co.